I have been working with 5th grade for several weeks to upgrade “The American Revolution”, a unit in their Social Studies curriculum.  Along the Way I blogged about individual lessons.

One of the creations that we had planned for students to show their research and knowledge about historic figures of the American Revolution was to create a fake facebook profile page. Since the students are under the age of 13, they created them offline in a PowerPoint slide, which we later uploaded to their classroom blog. There are quite a few few facebook templates floating around online for you to use. Thank you to the person (I am sorry that I can’t give proper name credit), who created the following one that we ended with.

Kids were very excited about creating these pages, since at their age,  “Facebook” represents something “cool” and “…when you are older…” for them. Once we got started, we ran into several hurdles though: 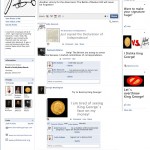 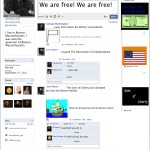 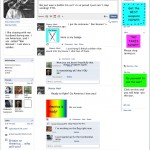 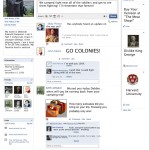 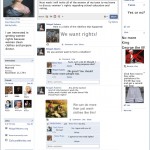 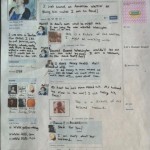 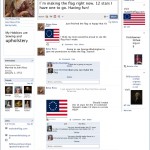 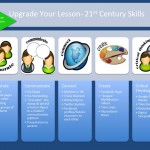 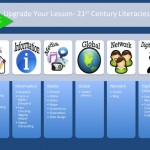 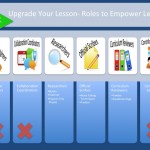 In addition to the Facebook pages, the class worked with Andrea Hernandez to create a Snopes- Urban Legends inspired video. What myths about the American Revolution could they debunk? Students used the a range of programs (their choice)  to produce a short intro video:

Here are a few examples of the Snopes movies.

Debunking Myths of the American Revolution from langwitches on Vimeo.

Why Haven’t We Heard More About Peter Francisco? from langwitches on Vimeo.

Part of the planning and reflection was to use the “Upgrade to 21st Century Skills, Literacies, & Roles” template and fill in the skill and literacies addressed. The template helps teachers realize how many skills and literacies they are addressing with a single unit upgrade. Over the course of a year, it also helps to make sure that we rotate through all roles to empower learners, even if one upgrade does not address (and does not need to) all roles.

Please click on the individual images to see a larger version. One thought on “More 21st Century Upgrades from the Classroom”